At the beginning of each season before Eagle Nook is “officially” open you’ll find the Resort packed to the rafters with 45 fishermen eager to demonstrate their skills on the water and maybe go home with a little extra cash in their pockets. The annual Lucky Sportfishing Derby will be on its sixth year in 2017, and it gets bigger and better every year.

Traditionally the Derby takes place the last weekend of May when Chinook salmon are starting to move down the coast and into Barkley Sound. In 2016 the winning salmon was 21.5 lbs, not bad for an early season fish! With cash prizes for the three biggest salmon and the biggest halibut, entries get snapped up quickly – so quickly that for the last two years we’ve added a second derby the following weekend. Guided boats and dock space for moorage are in high demand so let us know early if you’re interested in trying your hand at some friendly competition – your trip might even end up paying for itself! 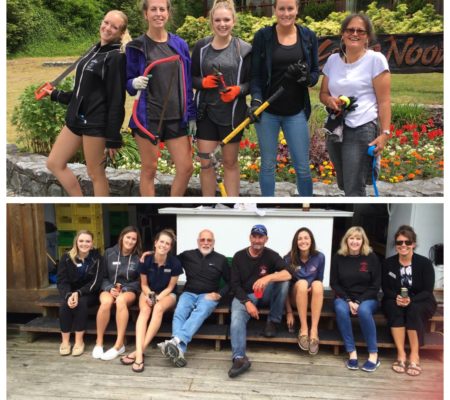